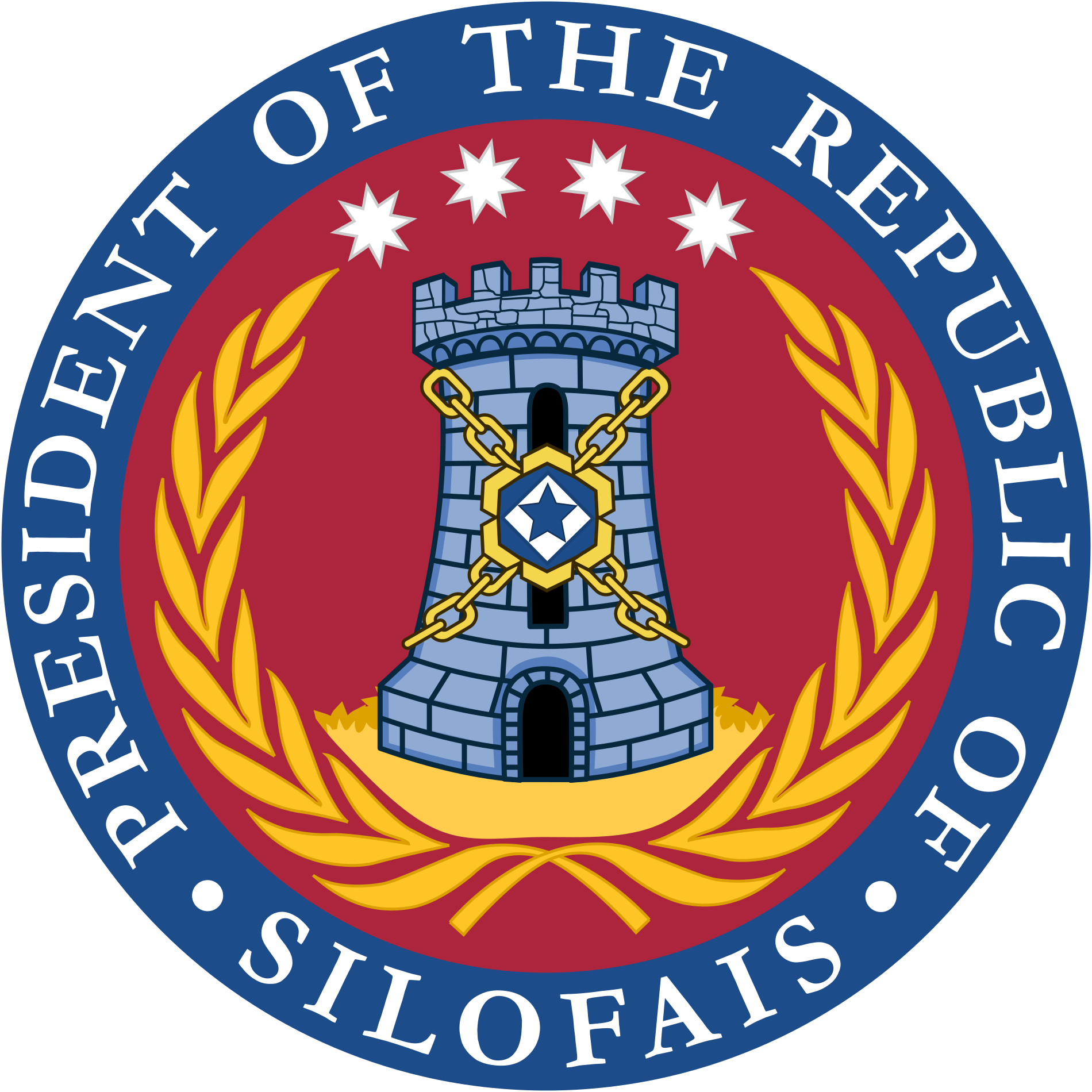 As the Head of State of the Republic, a mixture of the American President and the British Crown, the President of the Republic has various discretionary powers vested in him by the Constitution.

Above all else, he is charged as the “guarantor of the sovereignty, law, and tranquility” of the Republic, and in such capacity takes care that the Constitution “be enforced and preserved in due respect” and that “the common justice be ensured and general welfare be promoted”.

The President is elected at large every two years by the entire nation using the two-round runoff method.

He must be 35 years old (or at least 20 years old before 2027), have been a citizen for 9 years and resident for 7 years (these requirements are waived through 2031), and “be in good standing and enjoy full liberties” at the time of election.

When elected, a candidate for the presidency must not have already “served or acted in the same office longer than three during the preceding six years”. Under normal circumstances, this would limit a President to two full terms out of any four.

The President is empowered to appoint the judges on any Court, the admirals and generals of the military, and the ambassadors and other consuls and envoys of the Republic. However, this is not absolute: in order to make the appointments, he must nominate a person to the Chamber of Delegates, the lower house of the legislature, for their advice and consent. There the nominee is scrutinized and, ultimately, is confirmed or rejected by the Delegates.

As the commander-in-chief of the military and the chief diplomat of the nation, the President forms foreign policy (in coordination with the Council of State) and is the chairman of any national security councils and diplomatic bodies. He makes treaties with other nations and international organizations, subject to advice and ratification by two thirds of the Hall of Magisters.

The legislature must be notified whenever the military intervenes abroad, and any such intervention must end after 30 days if the legislature disapproves it. States of siege, rebellion, or other great crises are declared and resolved by the President in coordination with the military and other organs of government.

The President is ex officio the chairman of the Council of State, a body not unlike the French Council of Ministers or the British Privy Council. Comprised by the highest-ranking heads of diplomatic, martial and executive affairs, the Council is the nation’s advisory and deliberative organ meant to ensure and foster the welfare of the Republic. The Council of State coordinates the execution of treaties and domestic and foreign policies, and delivers regular reports to the National Assembly on the “state of the State, and of the Government”, which the President presents.

Pardons, commutations, and other clemency may be granted at the President’s discretion, though the consent of two thirds of the Hall of Magisters is required for any amnesties or clemency of treason.

All national awards, honors, and titles are also presented and adorned by the President.

Perhaps the most important function of the President is his appointment of the Chief Secretary, the Silofaisan equivalent of a prime minister and the head of the Executive Branch. Much like his French counterpart, the President appoints the Chief Secretary at his discretion and, on the latter’s recommendation, appoints and removes other members of the Cabinet, but lacks completely the power to remove him. The latter, in turn, may keep his office indefinitely, so long as he and his Cabinet collectively maintain the confidence of the Chamber of Delegates. In this regard, the President’s initial appointment of the Chief Secretary may have either deep, lasting impacts on the execution of the law and domestic policies, or none at all.