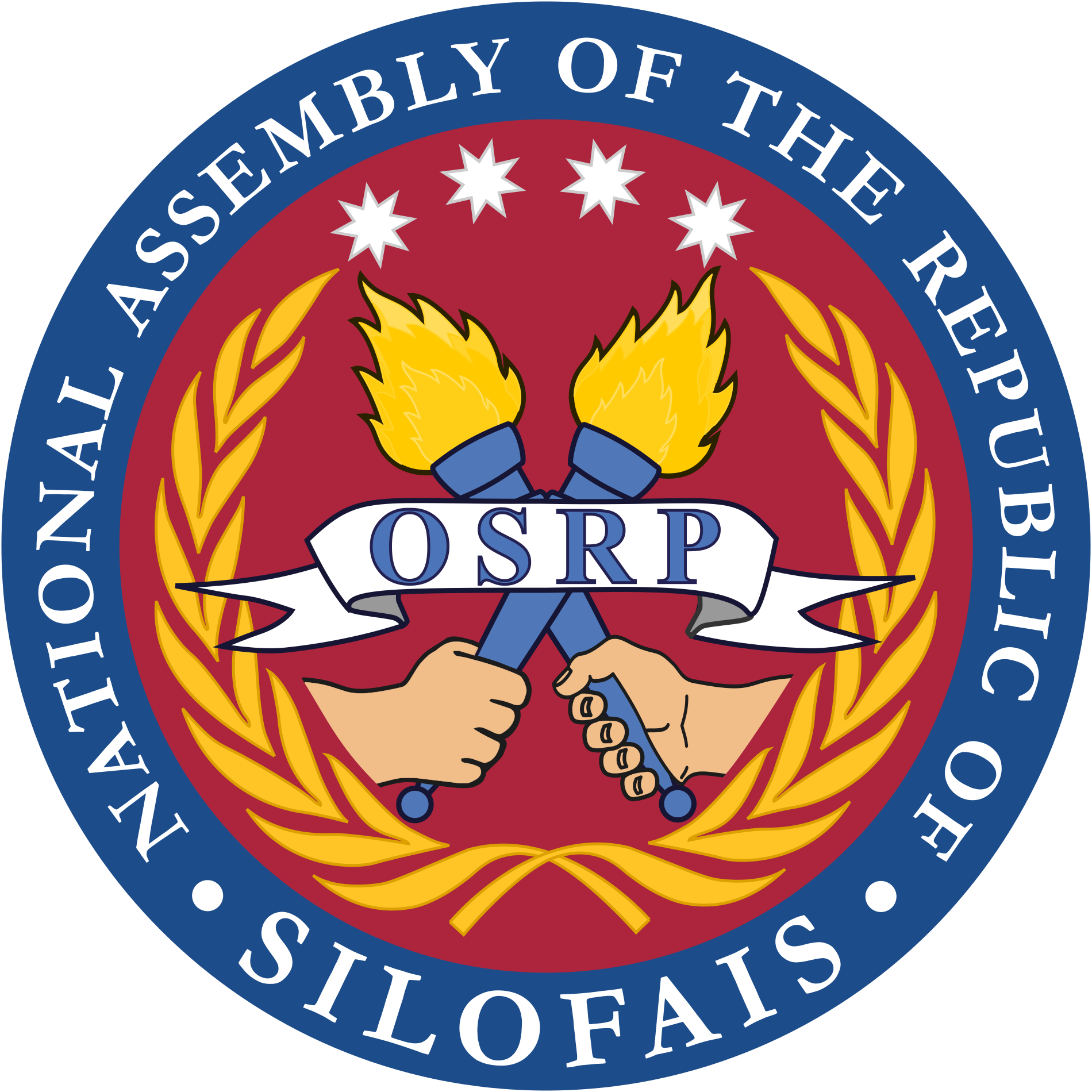 The legislative power of the Republic is vested in the National Assembly, a dual body made up by the Chamber of Delegates and the Hall of Magisters. Both Houses are elected from the same national electoral districts at the same general elections. The motto of the National Assembly, abbreviated on its seal, is Ob Salutem Reipublicæ and means “For the Good of the Republic”.

The primary powers and duties of the National Assembly concern…

1. The enactment, amendment, and annulment of the Law;

3. The raising and expending of public revenue; and

4. The oversight of all the other governmental branches, agencies, bureaus, organs, et cetera.

The precise number of legislators, precise number of electoral districts, and precise delimitation of those districts are fixed and modified from time to time by statute, subject to various constitutional restrictions. However, any promulgated changes affect only subsequent terms and not the terms of the legislators already serving.

Business of the National Assembly is organized according to annual terms, known as sessions, that correspond roughly with the terms of legislators. Throughout each session the National Assembly convenes, also known as sitting or holding a sitting, 10 or 12 times on average. Bills, appointments, and other business pending at the end of one session expire (or “die”) upon the start of the next session, and must be reintroduced then de novo. 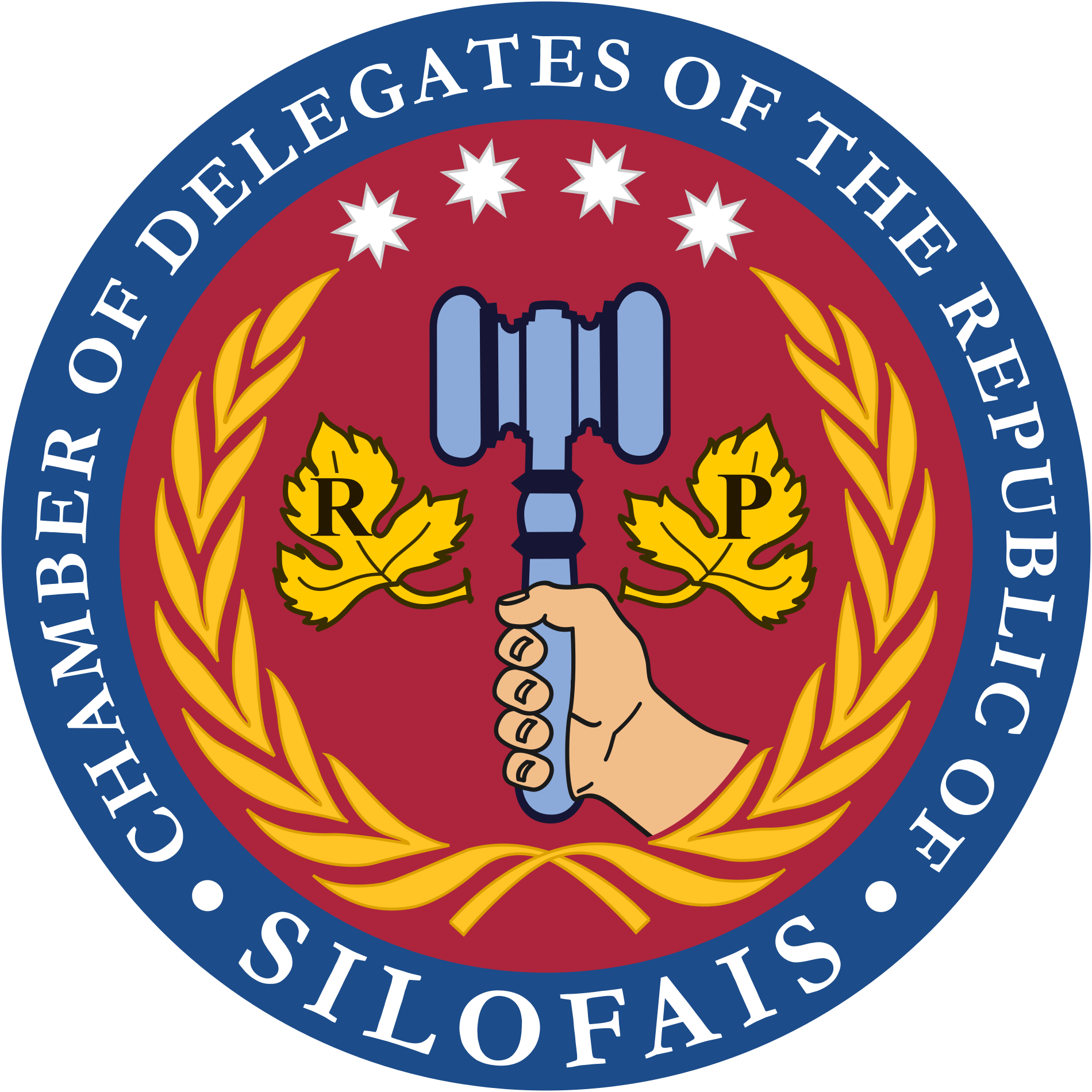 The Chamber of Delegates

The Chamber of Delegates is the lower house, and in terms of power is not unlike its French counterpart.

Each national electoral district elects annually such number of Delegates as has been apportioned to it according to its respective population size, though no fewer than 3 Delegates nor more than 8. The entirety of the Chamber is elected altogether without staggering, according to the single transferable vote method. Delegates must be 21 years old (or at least 15 years old before 2027), live in their districts, and have been a Silofaisan citizen for 3 years (this requirement is waived through 2031).

After each general election of the Chamber, the Delegates choose their presiding officer and his substitute, known respectively as the Speaker and the Speaker Pro Tempore. The former is 2nd in line to assume the office of the President temporarily in times of national crisis or emergency.

The Chamber of Delegates is institutionally equal in nearly all manners with the Hall of Magisters, with some exceptions. Namely, the Delegates reserve the power to…

1. Advise the President and give (or deny) their consent on the appointments of Court judges, admirals and generals of the military, and ambassadors and other envoys and consuls of the Republic;

2. Pass or fail resolutions of confidence, or in other words dismiss the Cabinet; and

3. Impeach non-legislative officials of the national government, including the President. (Legislators can simply be expelled.)

Lastly, the President may dissolve the Chamber of Delegate with few limitations and without much warning, triggering a snap election election for all the Delegates and a third of the Magisters. He may not do so again for another four months, nor usually during the final four months of his term. 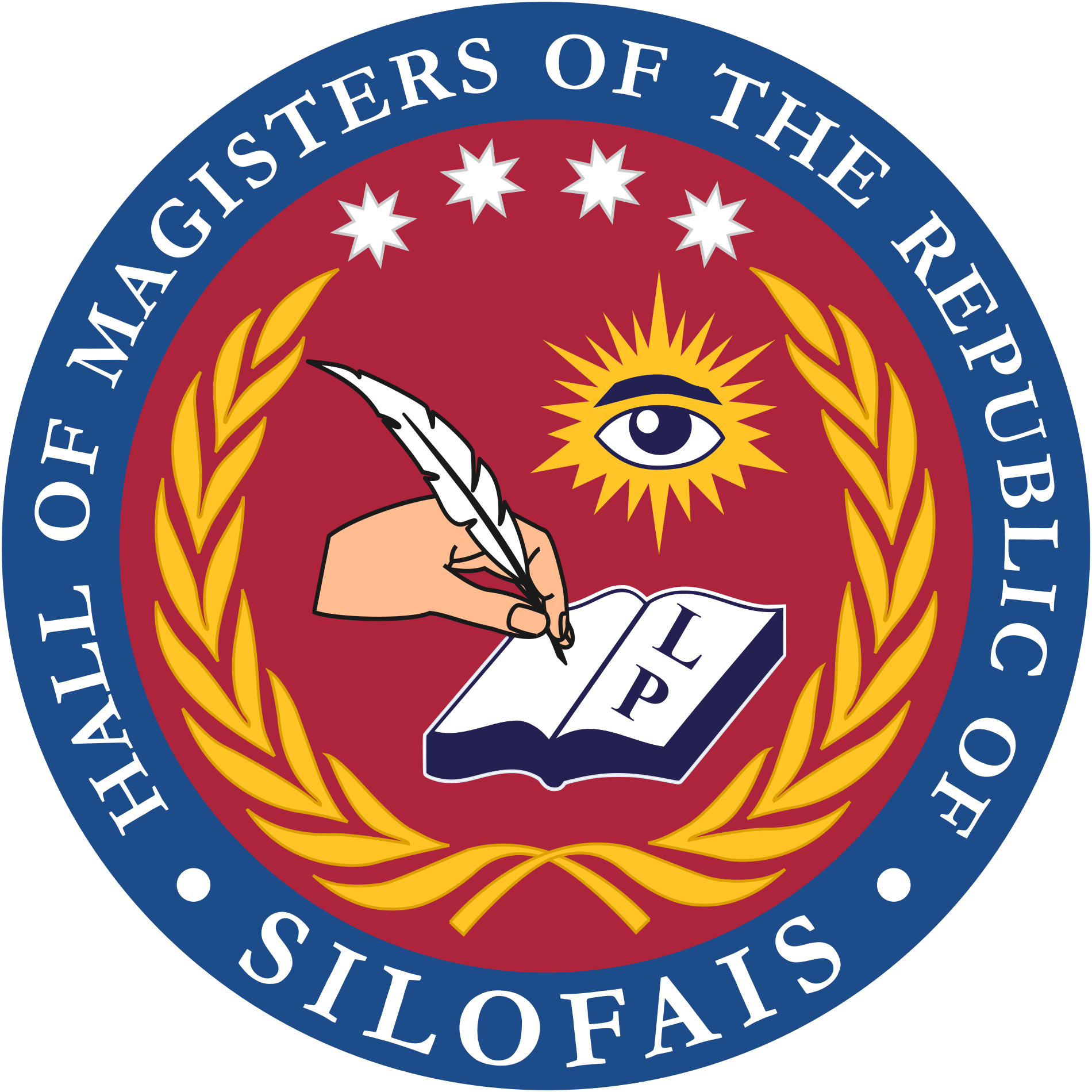 The Hall of Magisters

The Hall of Magisters is the upper house, and in terms of power is much like its American counterpart.

Each national electoral district elects exactly one Magister “for a term not to exceed three years”, regardless of its population size, using the instant-runoff method. The Magisters’ terms are then staggered, such that one third of them faces reelection every year at the same time as the Delegates. Magisters must be 25 years old (or at least 18 years old before 2027), live in their districts, and have been a Silofaisan citizen for 5 years (this requirement is waived through 2031).

After each general election of them (in other words, every year), the Magisters choose their presiding officer and his substitute, known respectively as the Marshal and Vice-Marshal. The former is 1st in line to assume the office of the President temporarily in times of national crisis or emergency.

The Hall of Magisters is institutionally equal in nearly all manners with the Chamber of Delegates; for example, revenue bills may originate there, their consent is necessary to pass a budget, and the Delegates may not override them in joint matters. However, they are constitutionally reserved with the power to:

1. Advise the President and give (or deny) its consent on international treaties;

2. Give or deny its consent on presidential clemency in cases of treason or amnesty; and

3. Try impeachments passed by the Delegates.